The Reign of Gazini Ganados

Rising above the competition at the Binibining Pilipinas bout for the best, Cebuana beauty, Gazini Ganados, rolls up her sleeves once more and sets her eyes on the prize not just for a back to back title for the Philippines, but a mission to create a legacy that is remarkably hers.

Gazini Ganados’ walk on the Binibining Pilipinas stage in a romantic, sculptural Cary Santiago phoenix gown was every bit a declaration.

In previous segments, another crowd favorite was hauling, almost at will, all the special awards, and others have been in the pageant circuit so long, they have each collected avid supporters of their own. But the minute she walked and glided on that lacquered stage with much poise and gusto, she has since commanded the whole of the Araneta Coliseum and the myriad of pageant-watching home viewers of her stride that would eventually crown her as this year’s bet for the Miss Universe title.

Ironically, as an early favorite for her distinct features that place her among pageant fanatics as a “Latina” beauty that could give contenders from pageant-world bigwigs like Brazil, Venezuela, Colombia, Dominican Republic, and Puerto Rico, a run for their money, the 23 year-old queen has actually worn her sash and stepped on her stilettos and ventured into pageantry aimed at traveling to meet her Palestinian father, whom she has yet to see and meet.

This same striking beauty earned her the admiration of fans even before the coronation night, collecting a surge of likes, that would, in turn, elect her the second most liked candidate on the pageant’s official page. This would later on translate to special awards on the pageant’s stage, with her named as the Face of the Binibini, otherwise known as the Most Photogenic award. As is expected, garbed in the now-iconic gown from fellow Cebu-native, she went home with the Best in Long Gown award, much to the delight of the entire coliseum.

Born Gazini Christiana Jordi Ganados in Zamboanga Del Norte, before moving to Talisay, Cebu, the University of San Jose-Recoletos Tourism graduate has been very vocal about her chosen advocacy to put well-deserved attention to the country’s inefficiencies in terms of caring for the elderly—not to beautify her pageant resume but because she has, reportedly, been raised by her grandparents.

In an interview, she dedicated her crown to her grandparents, who had passed away without seeing her don the elusive crown and the honor to represent the country to best the world stage in the battle of beauty and smarts.

She notes, “It was my promise to them that I would bring home the crown and not just the flowers that I get when I joined pageants before. But I know that they are both smiling at me in heaven and more importantly, I am now given the opportunity to fight for the advocacy based on our own experience.”

In the most nerve-wracking final segment at the coronation night, she answered and highlighted values she holds dear to her, fueling her journey for the crown, “If I win the crown tonight, what I do is to promote my advocacy. My advocacy is for us, women, to fight for our rights and for the elderly women. For us to know that someone is loving us, someone is pushing us to whatever ambitions that we have.” She adds, “We will be able to rise from our decisions, to whatever dreams that we have, goals that we have, and we will achieve [them] because of those values, [the] [wisdom] that they gave us.”

As her bid for the highest title won at the coveted Binibining Pilipinas stage proved to be a success, Ganados’ stride to prominence opened doors to a bigger battle—the inevitable pressure to replicate the rousing success received by her predecessor, Catriona Gray, who won, convincingly at that, at the 2018 Miss Universe stage.

In the Philippines, a pageant-worshipping country that we are, immense pressure was placed women who wear their sashes and high heels for all the world to see. It was Venus Raj’s Top 5 finish, that ended the long-standing drought for attention for the Philippines in the pageant circuit and drove the world to take a second look at Filipinas as a force to be reckoned with. Years after that, the Philippines have never left the Top 15, and has churned out two crown holders—making the journey towards becoming the Philippines’ next bet for the crown a dream and a daunting task for aspirants. The way we stop and glue ourselves to the television screens to watch and cheer for our representative, not to mention the throngs of supporters who make their presence felt in coronation night venues, it only follows, that, to a fault, the support also equates to incredible societal pressure for perfection that puts every hopeful under scrutiny.

Apart from her advocacy to protect the interest and welfare of the elderly in the Philippines, Ganados has also been vocal about her stance against bashing and cyber-bullying.

In one of her press rounds following her win, when asked about naysayers, she said, “I appreciate the criticisms, it opens you up to an evaluation of yourself. There are a lot of things that can be improved about myself. And the first step ito do is to accept them and learn how to be better. But what I don’t like is when people attack you below the belt and go beyond to insult you. For me, it is important to life each other up, than bring people down. If you an opinion about one person and your goal is just to bring them down, I think it is better to stay silent.”

When asked about her preparations months before she walk the Miss Universe stage, the Cebuana beauty shared, “I am taking it one step at a time. I just have started training. And I am still trying to make sense of everything for me to absorb all of the training. I feel it’s going great and it is an exciting couple of months ahead.”

In particular, Ganados shared that to prepare herself for the grueling Q&A segment, she has been taking the time to brush up on current events. While on her training period, she shared it is Pia Wurtzbach, the 2015 Miss Universe title holder, who’s become instrumental in helping her build her confidence and heart to face the competition for the Philippines. 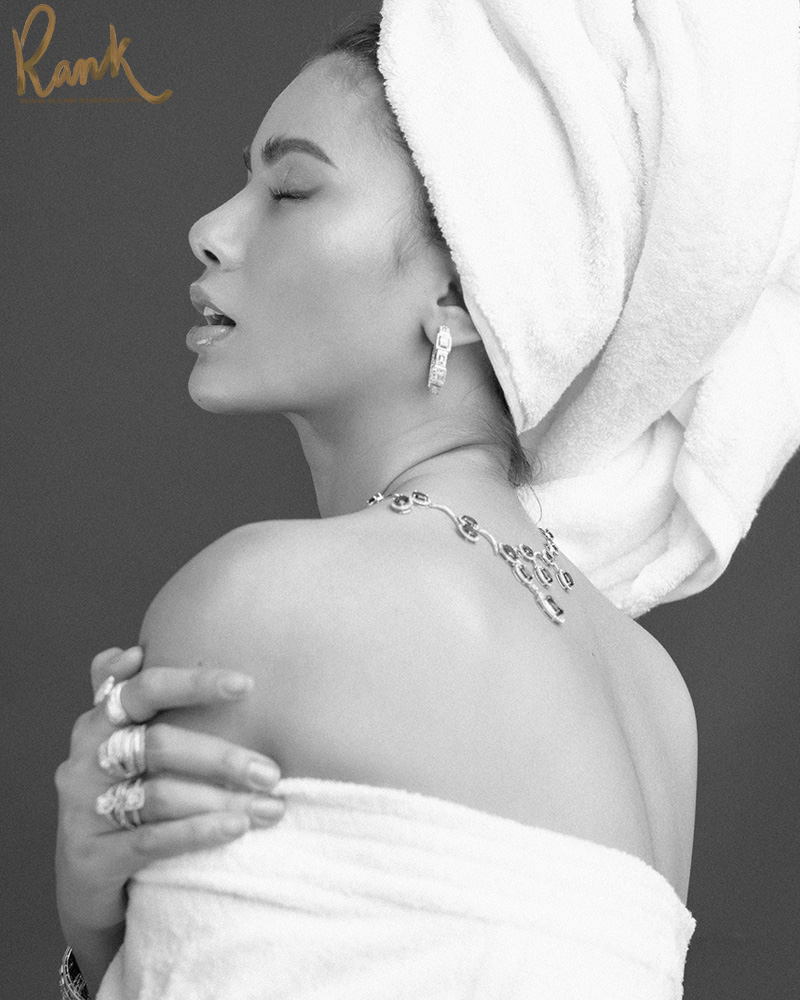 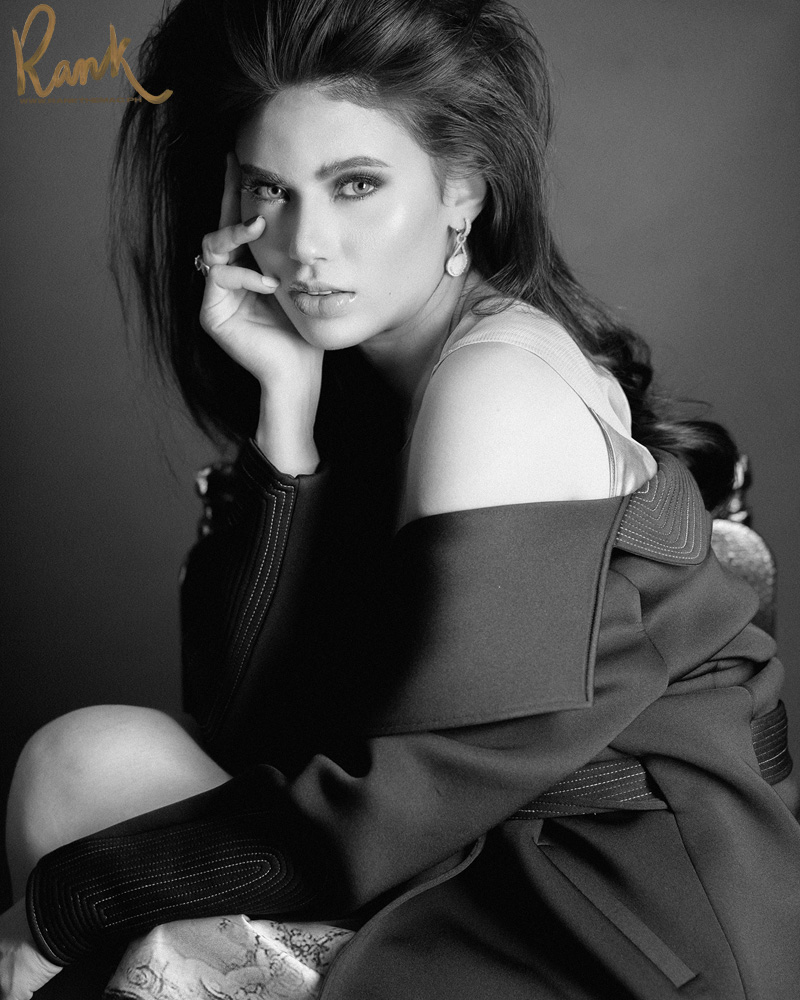 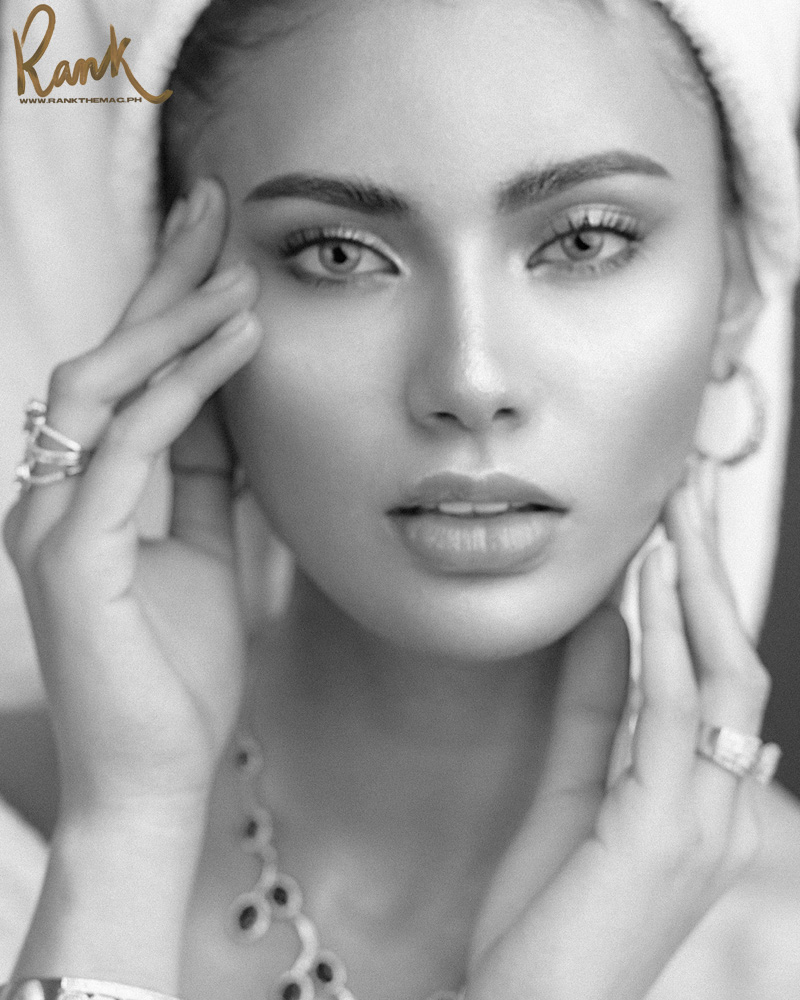 In a TV interview, Ganados was asked who she feels her biggest competition is. She responded in a snap of a finger, “Sarili ko. Kasi there will be days when you will be doubting yourself if you’re worth it or if all these things are meant for you, especially with a  lot of criticisms around you. It is important that you keep on trying and never doubt yourself.”

Special thanks to Jonas Antonio Gaffud at Empire Studios and Miss Universe Philippines.